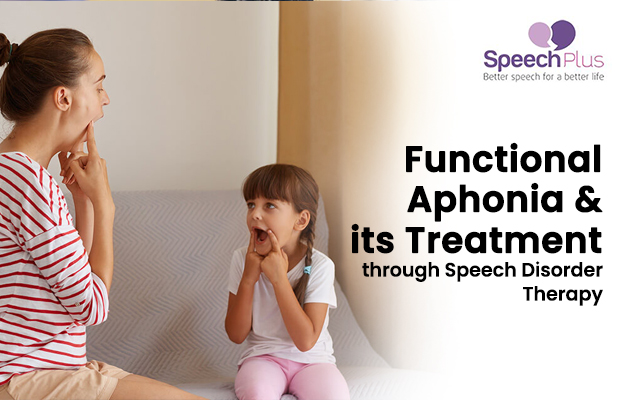 Functional aphonia is a rare disorder where the patient cannot make himself heard because his voice might sound strange and hoarse, or at times, he can’t even speak at all. Functional aphonia can affect anyone, irrespective of age. However, it is often seen in people who are under too much stress and anxiety.

Functional aphonia is a disorder where the patients experience a sudden loss of voice or can’t speak above a whisper. It might be caused without any warning signs. According to researchers, about 4% to 9% of people suffer from functional aphonia. However, speech language pathologists think that cases of functional aphonia may even be higher as some of the patients do not seek treatment until they lose their voice completely.

Some professionals are at a greater risk of developing voice disorders like, teachers, people working in factories dealing with machinery, telecallers and commentators. These individuals have to constantly use their voices to be heard which impacts their vocal cords. If you are one of them and experiencing discomfort in your voice, it is advised to undergo speech disorder therapy in Kolkata.

Functional aphonia can be treated by speech disorder therapy. The treatment is carried out by experienced speech language pathologists who prepare a treatment plan for the patients after examining their vocal cord and analyzing their voice by dedicated computerized program.

Functional aphonia is a curable disorder only if it is diagnosed in its early stages. If ignored and left untreated for a long time, functional aphonia can lead to severe loss of voice. So, before things get worse, it is advised to consult with your speech language pathologist without delay.