The Importance of Diagnosis in Autism Spectrum Disorders 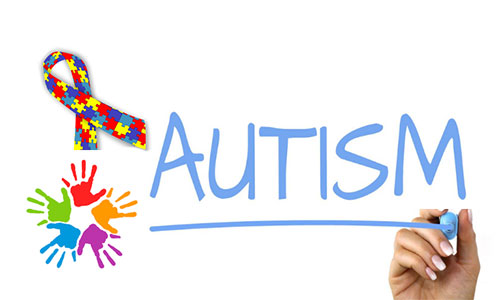 Autism is a complex neurodevelopmental disorder which affects social functioning, communication and interaction skills, and the behaviour of the person – be it in children or in adults. So in order to ensure that the individual affected with Autism Spectrum Disorders receives the appropriate treatment, an early identification becomes extremely necessary. If one is diagnosed with Autism as early as possible, he or she can begin with a treatment procedure sooner. This increases the chances of improvement – or at least the disorder can be manageable up to the maximum.

Incidence and Prevalence of Autism

According to the World Health Organisation (WHO), the prevalence of autism is about 1 in every 160 children worldwide. Research studies have proved that autism affects boys more than girls – the ratio being 4:1 respectively. Also, autism, in most of the cases, affects children at a very early age – and it generally tends to persist throughout the lifespan. It is because autism, unfortunately, cannot be fully cured – it can only be controlled upto a certain limit. While some people with autism can live independently, some face real problems and have severe disabilities and they require care and support for a lifetime.

Why is Diagnosis for Autism Required?

Imagine life with undiagnosed autism! You will persist in having a distressing life that would make you feel worse. And the saddest part is that an untreated autism disorder can grow adverse. It might even be so that you don’t even know that you are having autism. Because you didn’t care to go for a proper diagnosis! Diagnosis in autism is, therefore, necessary so as to relieve a person from all these hardships and it aims at improving the individual’s quality of life.

There are many cases, however, in which Autism Spectrum Disorders come along with other conditions, which are known as comorbidities. In other words, a child may have other comorbid problems or complexities that might be present parallel to autism. These comorbidities might occur at any time, be it right from birth, or even several months or even years after birth. That is to say, they can occur at any time of the child/individual’s development, and some don’t even show up until later in adolescence or in adulthood. Sometimes these comorbidities even affect the outcomes of ASD therapies and interventions. Therefore, it is very important to identify these conditions and treat them separately.

There are about 14 comorbidities known that exist alongside Autism Spectrum Disorders. These include –

The scope of diagnosis of autism, therefore, also includes the identification and the analysis of these co-morbidities and their impact on the child’s behaviour or psychology and his or her general health. Hence psychologists and/or occupational therapists or other healthcare professionals dealing with autism treatment and its comorbid conditions need to take care of each of these individual problems and try to improve them accordingly alongside the treatment of autism.

So it’s important to determine the peculiar and atypical behaviours in the affected individual. However, although it is said that autism is hereditary, yet no single genetic cause has been found; this makes the identification and the diagnosis of autism all the more difficult.

The Red Flags of Autism

There are certain common signs and symptoms that indicate a possible presence of autism in a child. Some of these include –

Autism diagnosis is no doubt a very difficult series of procedures, but it is at the same time the first and foremost step for early intervention and the most important aspect of autism treatment. Therefore, diagnosis for autism is essential at least to determine whether your child is having any of the Autism Spectrum Disorders (ASD). This will make the child and his or her parents feel safe, comfortable and most importantly informed and alarmed. And most importantly, a timely diagnosis can reduce to a great extent the risks involved with autism.

How to Persuade Parents?

What if your child who is suffering from undiagnosed autism faces too many challenges and hardships at school? What if your child gets scolded and punished for behavioural issues when there is something serious to it? Or what if your child isolates himself or herself in the sports room/games room or does not come forward to participate in activities like debates? These situations can be avoided if you go for a diagnosis as early as possible. And the best thing that would happen after undergoing a diagnosis is that your child will no longer feel isolated from others. There is nothing like having the feeling of togetherness, the warmth of love and care and to make your child realise that he or she is not alone! This will further boost up the self-confidence level of your child and they will gradually develop the sense of self-dependency. Further, togetherness also helps the individual suffering from autism understand themselves.

It is always advised to consult professionals like your child’s general physician (GP) or your paediatrician and/or occupational therapists, or other respective health professionals who would take care of Autism Spectrum Disorders and/or all the other comorbidities that your child is suffering from. Do consider visiting your nearest clinic for autism treatment or speech therapy centre in Kolkata regularly and start early intervention for autism as early as possible. However, there are times in which the signs and symptoms of Autism don’t show up until later in adolescence. So do consider getting regular check-ups even for quite a few years after birth. The sooner you start an appropriate treatment of ASD, the better will be the outcomes.

Autism generally begins at a very early stage of childhood and tends to persist in the adolescent as well as in adulthood. However, autism can be controlled up to an extent – that is, by controlling the peculiarities of behaviour. It is done mainly with the help of Behavioral therapy, clubbed with Occupational therapy and/or other therapies performed by professionals. Other therapies include speech and language therapy, as the child with autism generally suffers from speech and language delays and faces difficulties in communication skills – including both verbal and non-verbal. For speech and language disorders, the best professional would be a certified speech-language pathologist at a speech therapy centre in Kolkata.

The first and foremost tip is to stay positive, but not calm! You as a parent of a child with ASD is solely responsible for supporting him/her and making your child realise that he can do anything and achieve anything! A little care taken now will pave the way towards your child’s success. Do you know that some of the most successful people in the world are diagnosed with autism?

How Do Professionals Handle Autism?

So when are you starting your child’s diagnosis? Don’t you want your dream about your child’s prosperous future come true?